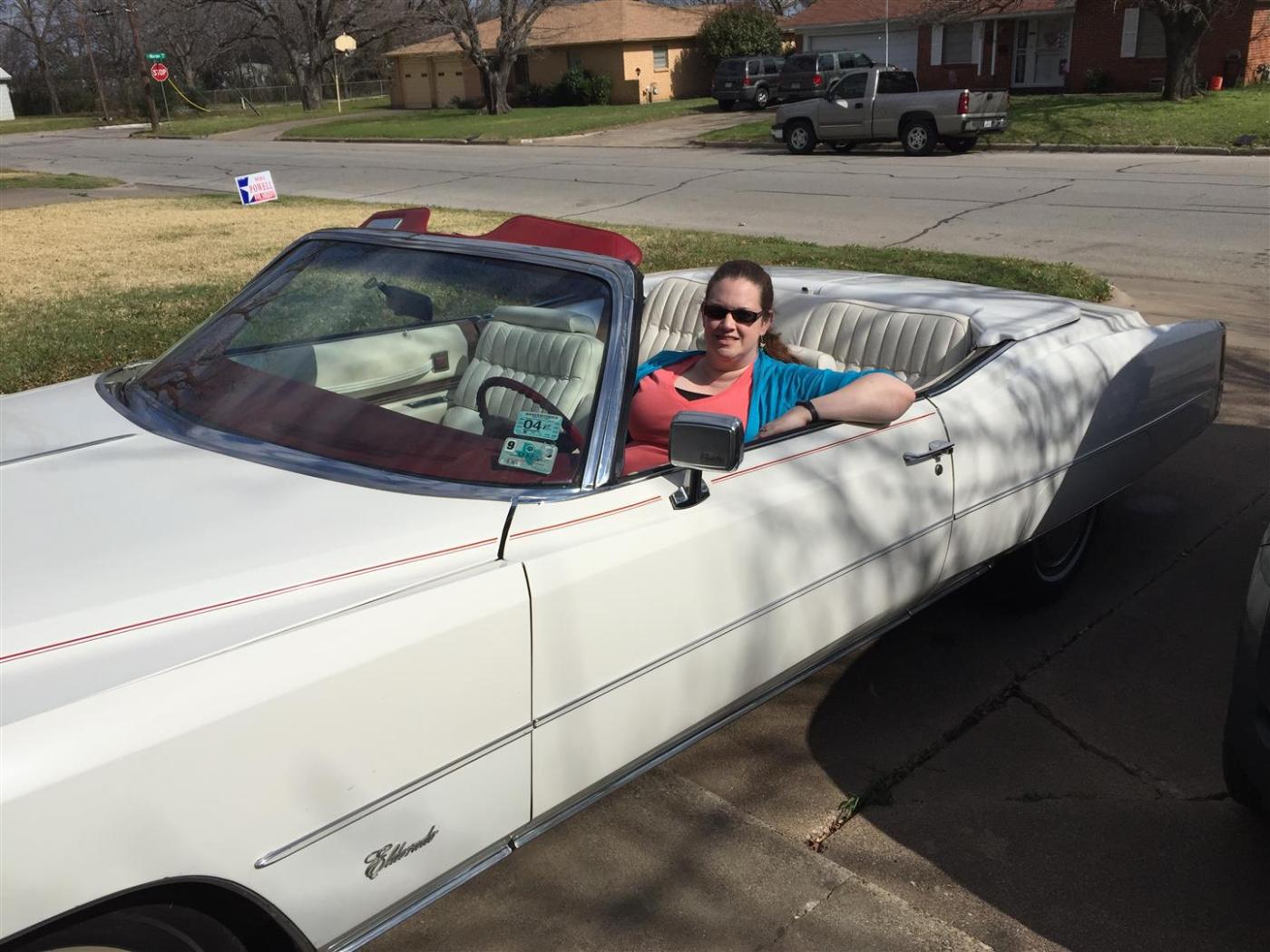 I’m a Jeep guy, but occasionally I stray from the path when there is good reason. Well one of those reasons presented itself after my wedding and I finally made time to come through on it. And since this is the forum for us geeks to share our successes, here you go.

I spent the weekend in the garage of my father-in-law’s sister getting ma 1974 Cadillac Eldorado Convertible out of mothballs. We had to put Aunt Joyce in an Alzheimer’s care facility last year and her house has sat vacant while things are being settled. On one of the trips moving furniture I peeked under the auto tarp in the garage and whistled. I pried the story of the abandoned vehicle out of the new wife, and found it was her dad’s last bachelor car he purchased before settling down and having a family. They took it out cruising when she was a girl, but eventually the garage filled with antiques and kid stuff and the car got moved to his sister’s house, where it got less and less attention until one day it didn’t start and was covered up to be fixed later.

The last inspection was 2004. Good news, was it was stored without gas, covered from the sun. With the help of a heavy duty floor jack, a handful of wrenches, oil and filter, some seafom carb cleaner, a 5 gallon gas can, a wire spark plug brush, a new battery, and some TLC, I was shocked that it literally started on the first turn of the key.

Cadillac. The 500 Cu. in. engine roared to life and was idling smoothly in under a min. All the power windows work, lights, and yes, even the power convertible top opened smoothly. Only one moment of fear, when the engine started smoking, but soon realized that it was just the dust and cobwebs burning off the manifolds.

Took the 18′ 8″ – 4,960Lb BEAST for a cruise to the gas station, then off for a car wash and wax, and then went to meet the in-laws for lunch. He was about in tears when I pulled up in the land yacht. Got me a free lunch, and got this classic back on the road. Still some work ahead, but will be happily taking it out every nice weekend I can find to drive-ins and parking lot car shows. Wife earned her captains stripes for piloting the thing around while I followed in case something went amiss.

Now I need a white suit, a good set of longhorns for the bumper, and an orange charger to chase and I’ll be good to go. 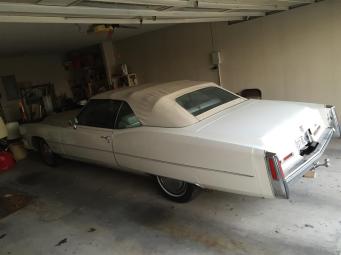 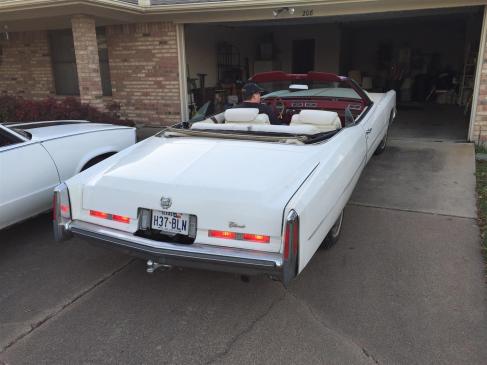 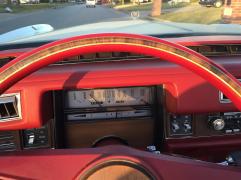 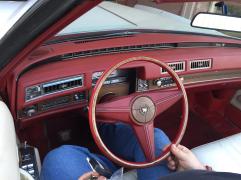