Well it wasn’t but a couple weeks after I got the Jeep that the 4WD lever started to itch.   And ironically, about that time, I received a message from the manager of the Jeep dealer asking if I wanted to join them for a wheeling day at the Bridgeport NW OHV park.  I thought, “what a  novel concept,  make a city park where people bring their off-road vehicles and can tackle all kinds of trails.”   So I loaded up the munchkin (8-year old son) and we headed out to Bridgeport at 6am on a chilly Saturday.  Nervous at first I soon realized what the 4WD Low gear was really capable of and, I must say, I was hooked.

Had a great time, despite the winching backwards up a hill when a boulder caught my undercarriage.  Managed to nearly Rip off the back bumper in the process, and realized that the factory ones are nothing but glorified tinfoil.   Thanks to good leading/spotting from some new friends including Roy, Craig, and Gerone, I survived intact , albeit muddy. (except for the bumper) 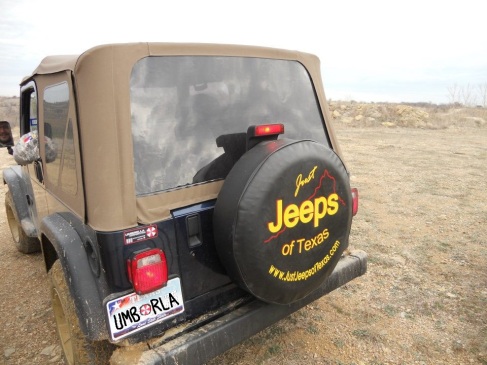 Here I am cresting a steeper-than-I-thought-I-could-go hill.  I was impressed and amazed at the places this little guy can get into, and after making a u-turn in a creek to avoid the mess below,  the places it can get out of.  I was totally able to hang with the jacked up Jeeps on most of the obstacles and terrain we tried in the AM.  But I did get the feeling I was holding them back from some of the more-likely-to-break-something trails.

Here is the hill I managed to get stuck on.  was trying to make a ‘easy’ descent and hung on one of those big rocks up near the top.  They look small from here, but they are about the size of dorm fridges or those trunks you have your highschool junk in up in your attic. 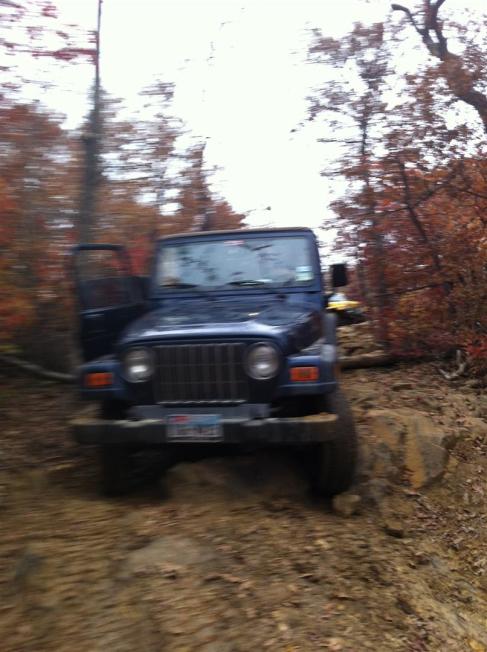 Here are a couple better looks at those rocks. 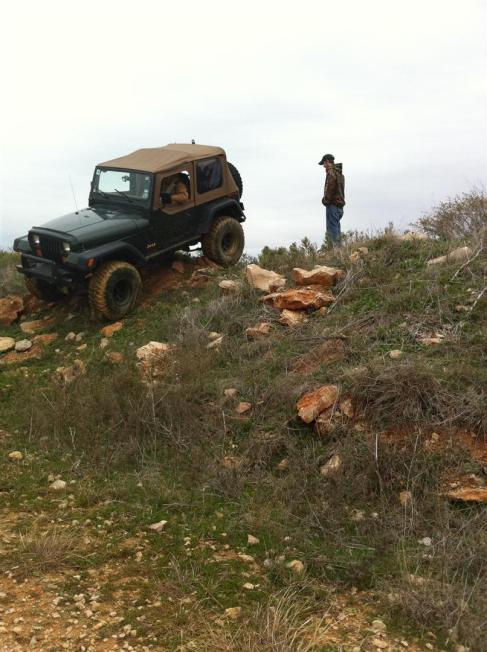 All in all I really learned some good things about my new vehicle’s capabilities, and some good skills in overall off-road handling.   At lunch we talked shop and got a good laugh over the back bumper bending incident.  was advised next purchases should be some armor and a set of bigger off-road tires.  Ground clearance is key.